August 31, 2015 – The rain stayed away on this hot, humid August day, and 84 golfers came out to play at the first Midlothian Rotary Golf Tournament at Stonehenge Golf & Country Club.  The competing teams played a Captain’s Choice round of 18 holes before returning to the picnic shelter for some good food, and fellowship.

Bragging rights and “prizes” were given out for the First, Second and Third place teams and for the longest drive. The winning team finished their round with a team score of 60.  While Robbin Kolbe was recognized for having the longest drive (There was some dispute over that fact as one player was heard to say, “But I drove all the way from Hanover to get here.” ) 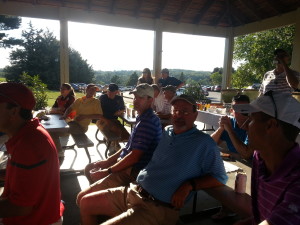 According to Project Chairman Bob Roop, the tournament raised enough money to meet the club’s financial commitment to Stonehenge CC until next June and still have $1000 for our charities. 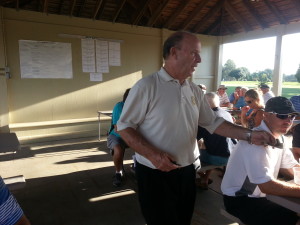